Born in New Jersey not far from New York City, and raised a similar distance outside Chicago, Jim discovered he could sing one frozen high school night at the age of 15 when a large group of new (and drunken) friends began singing some Beatles' songs at an impromptu outdoor party. Though at first a large group of singers, eventually the rest of the singing part of larger group got smaller and quieter, and for the final song, became an audience, and when it was over Jim had inadvertently done his first solo performance (“Yesterday”), and gotten kissed as a bonus. Owing to this discovery (and result), he taught himself some guitar & piano, and just before leaving Chicago for California, played his first professional gig, and made his first attempts at songwriting.

Moving to the San Francisco area, he began his life as a professional musician in earnest, forming his first original group, The Street of Thieves, with already veteran Bay Area guitarist Rick Lilley (who showed Jim many musical ropes - thanks Rick), and drummer Jon Archambault, as a trio patterned somewhat after The Police, taking up the bass guitar as part of that (and still playing most frequently when playing in full bands). Being a fan of The Beatles, as well as being, like Beatle Paul, a left-handed guitarist, and with the Police-type line-up (and looking, then, a bit like Sting), the bass seemed a natural position for Jim (though mainly a singer, Jim also plays guitar and some keyboards).

It was with The Street of Thieves that he did his first recordings, and in the mid-1980's Jim went to London (with now Dawdler Vlad, Rick Lilley & Dan DeShara - see below) to record with English producer Colin Thurston, best known for producing the first two albums by the English pop group, Duran Duran, as well as another Anglo group, Kajagoogoo, and as an engineer for David Bowie prior to that. He then began his life as a local working musician around the SF area, most notably in an incarnation of the popular East Bay cover band The Buzztones, and with The Danny James Trio (actually a duo) with longtime Buzztone, Dan DeShara, and who showed the young Jim a bunch of other professional ropes – thanks, Dan), and assembled his own home recording studio where the songs on his album, “A Busman's Holiday”, were recorded.

It was on the strength of those that Jim was able to gain the interest of the Virgin/EMI music publishing company (now defunct), where he spent a few years under songwriting contract, as well as Industrial Artist Management in S.F., where Jim joined a stable of artists which included, among others, then San Francisco area pop group, Jellyfish, and his now very long time associate, Tom Fleming, then with his own original group, The Magpies, and the second great guitar player Jim was to know (Jim has since written, recorded or performed with other guitar aces Lyle Workman, Stef Burns and Jeff Tamelier, and once accidentally co-wrote a song with Joe Satriani), and who then joined Jim's post-Buzztone cover group, The Blackbirds, to begin what is now 28 years of performing & recording together.

Jim's live performances have included sharing a stage with or opening shows for Glenn Tilbrook & Chris Difford of the English pop group Squeeze, Tori Amos, The Blasters, JellyFish, and comedians Rob Schneider (formerly of Saturday Night Live, and who did a mean Elvis impersonation), Lily Tomlin & Paul Reiser, and from 2013 to 2016, Jim was 'the Paul guy' in the SF area Beatles' tribute band, The Sun Kings, and still works occasionally with SKs founder and 'John guy', Drew Harrison, in their Lennon & McCartney singing tribute, Two of Us.

Mainly, though, Jim sings high like a girl and has managed to hold off complete baldness for thirty years after things were looking pretty dodgy back in his 20's (both big legs up as far as the band is concerned), and thus gets invited back.

A native of the San Francisco Bay Area, Tom "first fell in love with The Beatles at just about the same time as they were breaking up. Abbey Road had just been released and suddenly, music was all I cared out." He first picked up the guitar around the same time, when he was 8 years old, after finding and falling in love with his father’s old folk guitar. "I begged my parents to buy Beatles records and get me some guitar lessons on the old acoustic I'd found. Then the next year, I started a band with some talented kids from the neighborhood who were all in the fourth grade with me."

That band played together all the way through primary and secondary school where Tom won numerous awards at music competitions. While still in high school he studied jazz improvisation, theory, arranging and composition with Frank Sumares at Diablo Valley Junior College, and at eighteen moved to Los Angeles to attend Cal State Northridge where he was chosen for the prestigious touring “B” Jazz Band with renowned composer and orchestrator, Ladd MacIntosh. He went on to further study at San Jose State, where he played in Greg Yazinitsky’s Jazz Ensemble, and then to Berklee College of Music in Boston, where he finished his college training.

Tom stayed on in Boston for awhile afterwards, playing in various touring bands, including The Motor City Dance Band and True Blue (aka The Trademarks), before returning to the San Francisco area to pursue a career in original music, and to his musical roots. "After all my travels and varied study, I came back to the British pop that had got me into music in the first place, and still thoroughly enjoy playing and composing in that vein." Tom is also heavily into buying and selling vintage musical gear and uses it to record his own music (and Dawdlers' demos), some of which has been featured on some cable television shows.

Also a longtime lead guitarist and vocalist with local rock act, Lumberyard and an occasional sub in the "George" role in Bay Area Beatles tribute band, The Sun Kings, Tom is founding member of the original recording acts The Magpies and Hive, and continues to write and record his own music for his project The Chiselers.

The international Dawdler, speaker of many languages, player of many instruments, Vlad is a first-generation American of Slavic parents, born in Chicago and brought up in Venezuela until he was 10 years old. Raised on classical and Slavic folk music, and, like all his siblings, taught to play the piano and violin, Vlad was isolated from American music trends of the 60’s and early 70s’ while growing up out of the country. “At an early age my dad discovered that I had perfect pitch so he would have me listen to his Czech and Russian records and tapes, and mom’s Serbian ones, and write scores for him.”

Once back in the States in the early 70’s, Vlad was finally exposed to pop and rock. The first album he ever purchased was The Carpenters' Singles 1969-1973. "I didn’t know about the Beatles," he recalls wryly.

He was immersed in music during junior high and high school, to various degrees playing the violin and the bass (viola) in string orchestra, the baritone horn in band, singing in multiple choirs, and playing the bass (guitar) in jazz band. Then, as part of an 8th-grade talent show, he and a few friends played The Beatles “Ticket To Ride”, with Vlad on bass guitar. That was the start of his rock & roll involvement.

After high-school he played more bass in original bands, then bought a Prophet-5 synthesizer and, at about age 20, became San Francisco Bay Area New Wave artist Robert Seidler’s (aka Cole Panther) keyboardist, helping to create Seidler's “Christian Boy” era, with club favorite Seidler's song receiving airplay on the college circuit and on local alternative stations, and his band opening up for groups like The Alarm, Oingo Boingo, The Plimsouls and, “funnily enough, Primus opened up for US once,” Vlad remembers. Vlad met Jim Funk around this time.

“In the mid-80’s, Jim invited me to join him in London to record a few demos with producer & engineer Colin Thurston (Duran Duran, David Bowie, Iggy Pop, Kajagoogoo, Bow Wow Wow, Talk Talk, Howard Jones), which solidified a music/friend relationship that has carried on throughout the years.” Through Jim, Vlad met Tom (“Jim and Tom played at my wedding, though Tom doesn’t remember it much!), and they both played on some songs of Jim's in the studio (at different times) and finally playing live together when Vlad joined The Dawdlers in 2014.

Busy with family and career from the early 2000s on, Vlad didn't play with others or in public much, until Dawdlers Jim and Tom asked him to join them. “They asked me to tag along on keyboards whenever I felt like it, and I was looking to get back into playing, so bit by bit I became a full member.” Says Vlad, "I love their talents and their song repertoire, and am happy to be a part of the Dawdler family." 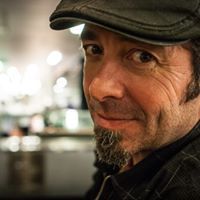 The Dawdlers drummer from 2015-17 (SEE THIS), Jeff is best known as Joe Satriani's drummer on stage and in the studio for many years since the 1980's, and in an SF area power pop band called The Squares before Satriani's breakthrough in instrumental music. Jeff has also recorded and performed with Italian fingerstyle guitarist Peppino D'Agostino, Matt Bissonette, Dave Runyon with bassist Bryan Beller among many others. 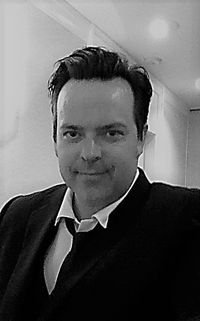 The most recent Dawdler drummer, playing with the band from 2018-19, John spent many years prior behind the kit for Bay Area party band, Pop Fiction, and has played with the Police tribute band, Stung, and with members of Atlantic recording artists, The Uninvited. John also did three national tours with Gearhead artists, Red Planet, and has performed on TV commercials for Budweiser Beer (though he's not been seen with a bottle of it in his own hand!).

Featured in DRUM Magazine in 2001, most recently his drumming can be heard on Dawdler bandmate Tom Fleming's original recordings; Pop-Up Book, Bending with the Wind, Very Far Away, Pity Party, Living in Random, and X Marks the Spot.